The Preserve Golf Club at Saddlebrooke

The Preserve Golf Club at Saddlebrooke

TEES PAR YARDS RATING SLOPE Zinc 36 7006 72.5 139 Gold 36 6418 69.9 130 Platinum 36 5495 65.8 (M) 71.9 (L) 119 (M) 133 (L) Copper 36 4920 69.0 123 Open as of August 2004, The Preserve Golf Club at SaddleBrooke looks to be Robson Communities’ premier gem in its collection of golf courses throughout Arizona. Set deep into the western foothills of the Santa Catalina Mountains, this challenging yet eminently playable layout by Scottsdale-based course designer Dick Bailey is already an immediate must-play in the greater Tucson area. About The Preserve Golf Club: Playing from 4,920 to 7,006 yards from four sets of tees, the Preserve makes full use of the rolling desert ridges and deep arroyos, where fairways tilt and roll with the lay of the land. However, Bailey applied a gentle touch to the elevation shifts, never allowing the charge tee to green to become too severe or dramatic. The breathtaking exception is Number 6, a 168-yard par 3 with an 80-foot vertical drop to the green. The elevation change allows enough “hang-time” off the tee for a lasting stupendous view of the mountainous backdrop The rolling foothills perhaps inspired a similar movement in the greens. Their decided undulations and interesting surface shapes place a premium on accurate putts and also allow for some challenging pin placements on tournament day. From the zinc tees, Bailey has created a track to thrill the big hitters and low handicappers. However, he remained equally mindful of the majority of the players in this active adult community who play their respective games from their respective markers. Accomplished players appreciate the tremendous risk/reward opportunities, while higher handicappers thank the designer for ample landing areas and enjoyable routes around trouble. Of course, the dry washes that cross a number of fairways create the dominant strategy and pose an equal threat to everyone. The only water on the course comes into play down the right side of Number 18. Where no more than 800 high-end luxury homes will eventually fill The Preserve Golf Club at Saddlebrooke, this course will always lend an open feel with the view alone worth the green fee.

Boasting excellent views and dramatic elevation changes, The Preserve is a terrific choice for your regular rounds of golf, or as a new destination for you and friends when visiting Tucson.

In a word, stunning. We played here today and enjoyed a round with the snow-capped mountains in the background. It took a while to get to, but 100% worth it. IMHO, the most beautiful course in Tucson! 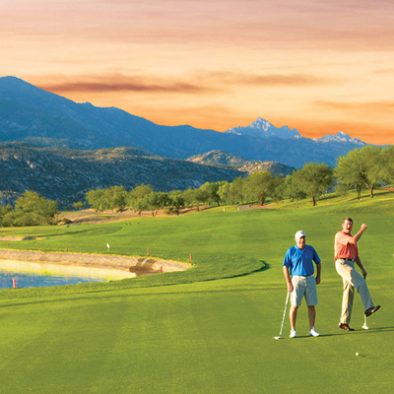 Joe Rottman
October 2021
great views and layout for holes. Impressed with the variety on each hole. Some washes to carry and challenging. Some in our group played forward tees and some back tees. 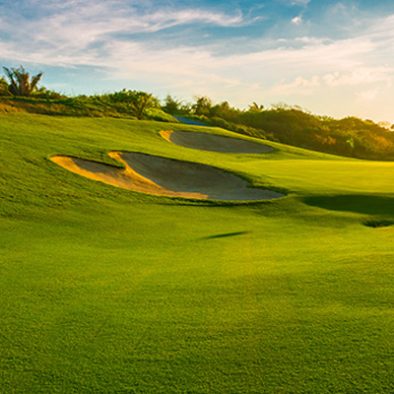 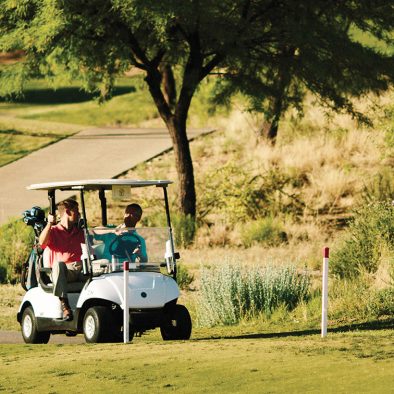 Feel free to reach out and we're happy to answer any questions you may have.

From the extravagant and beautiful hotels and resorts to a spacious condo, relax and enjoy the very best of what Arizona has to offer. It will be a desert experience you will remember forever. Call us or email us now and we will begin arranging the ultimate golf vacation for you! 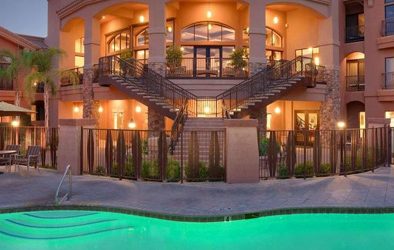 You'll find the Embassy Suites Paloma in the foothills of the Santa Catalina Mountains, within seven miles of the University of Arizona. 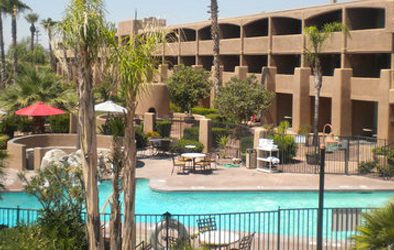 La Posada Lodge and Casitas is an intimate, boutique hotel nestled in the foothills of Tucson's Santa Catalina Mountains 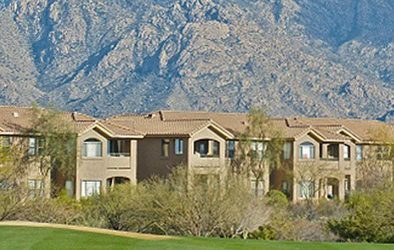 The Condos at Vistoso

Situated in the high desert of Oro Valley overlooking the city lights of Tucson and adjacent to the award-winning Golf Club at Vistoso.

Are you interested in seeing a Tucson-Area property while you’re on your next golf vacation?

We can help you with that too! – Chris Smith is a successful licensed REALTOR®, and would be happy to discuss or tour the Tucson real estate market with you. If you would like to browse the Tucson and Southern Arizona real estate listings, please visit www.ChrisSmith.Exprealty.com.